Stories and adventures of the Orchid Hunters..... 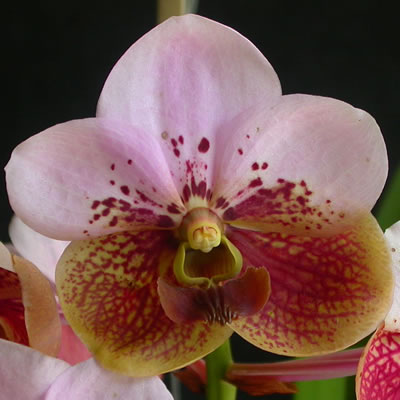 Many a fortune has been made, and many a life lost -

orchid hunting became the vogue during the 18th and 19th centuries....

There are many more amusing tales of orchid hunting.

For instance:-
the one about the explorers who set up camp in a remote area of the world to find one particularly rare species.

having spent several weeks searching the area without any sign of the plant, they decided to give up and promptly broke camp, and there, under the tent's waterproof floor destroyed beyond all hope of recovery lay the remains of one of the plants they had sought. .

the orchid hunters in some cases perished during their searches.

On the 9th of May 1826, the 6th Duke of Devonshire employed a new head gardener,

This man was become renowned as an inventor, founder of several gardening magazines, and a Member of Parliament; he may perhaps be best remembered as the creator of the Great Exhibition at Crystal Palace London in 1851 and was given a Knighthood for his services, Joseph Paxton.

Paxton's arrival at Chatsworth house in Derbyshire is best described in his own words. " I left London on the Comet Coach for Chesterfield, and arrived at Chatsworth at 4.30a.m. on the morning of the 9th May 1826. As no person was to be seen at that early hour, I got over the greenhouse gate by the old covered walkway, explored the grounds and looked around the outside of the house, then I went to the kitchen gardens, scaled the outside wall and saw the whole of the place, set the men to work there at 6.00a.m. returned to Chatsworth and got Thomas Welson to play the water works to me, afterwards went to breakfast with poor dear Mrs. Gregory and her niece. The latter fell in love with me and I with her, and thus completed my first mornings work at Chatsworth, before nine o'clock".

He married Sarah Brown the following January. He introduced over eighty different species of orchids to Chatsworth, and eventually it became the home of one of the most extensive collections of orchids in the country.

Plant hunting was at its height in the nineteenth century, and in 1835, the Duke sent John Gibson, one of Joseph's trainees to the Far East, to Cherrapunji in the Khasi Range of Hills under the control of Dr. Wallich, the head of the Botanical Gardens of Callcutta.
The trip proved exceptional and he shipped back over 80 new species of orchids eventually arriving home himself some two years later.

Both the Duke and Paxton were keen to emulate this success with other trips, but as the Duke's finances were rather low this seemed unlikely; However, a sum of £1600 was raised by about twenty owners of other large estates, and some of the nations foremost nurseries, and another trip, this time to the Canadian Rockies and Vancouver made sail from England on the 20th March 1838.

Wallace and Banks, both Chatsworth gardeners took part in this adventure, one could speak French and the other was a scholar of Latin, and both had been taught some (Spanish ?) They were advised to "beware of bears and women, both of which were hindrances to the placid life of a plant collector".
Unfortunately they both were lost when their boat capsized on the Columbia river. Paxton was extremely upset at this tragedy, and he never organised another expedition again.

Dendrobium lasianthera
A variety of this plant was initially described by a Mr. J. J. Smith of New Guinea in 1932, after which it was lost to cultivation as the 2nd World War raged across its habitat. Its re-discovery was as dramatic as the name of the person involved....
Captain Neptune Blood, whose resourcefulness and temerity can only be admired, liberated a plant whilst in the process of escaping from the Japanese.

Specimens of this plant could be seen for some time growing over the Victoria amazonica pond at Kew Gardens.

Vanda Sanderiana (see image at top of page)
Vanda Sanderiana is commonly called Waling-waling in the Philippines. The orchid is considered to be the "Queen of Philippine flowers" and is worshipped as a diwata by the indigenous Bagobo people.

How it was discovered In 1882 .... one of Mr. Sanders explorers by the name of Roebelin was despatched to the Philippines to search for new species. One day, as a guest of a “savage” chieftain south east of Mindanao, he found himself accommodated in a tree house which was perched high in the canopy of one particularly large tree, so as to be “well out the way of animals”.
Early in the morning whilst it was still dark he awoke to a deep throated roaring sound and found the tree swaying wildly, it became apparent that an earthquake had shaken the forest, and in particular his abode, throwing all his companions to the ground, destroying his makeshift ladder, and leaving him isolated in the ruins of the tree house.

When dawn broke, he lay back, gazing forlornly through a hole in the remnants of his roof, and he noticed some very large flowers of a lilac and cinnamon colouring growing in the very tree he had chosen as a campsite, climbing up he identified the orchid as a new species and named it Vanda sanderiana. See the image courtesy of Dalton Holland Baptista - Own work, CC BY-SA 3.0, https://commons.wikimedia.org/w/index.php?curid=5096370 at the top of the page.