FANTASIES AND FACTS ABOUT ORCHIDS 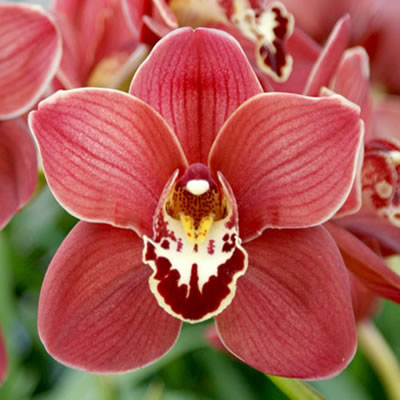 Orchids have always appeared mysterious, and have therefore been the object of intrigue and curiosity of people for centuries.

Ancient cultures believed magical cures for all sorts of ills could be made from the roots. .....

Two European types of terrestrial orchids
The Pink Butterfly and The Long Spurred...... Because of the appearance of the pseudo bulbs of these plants and others and their similarity in appearance to certain part of the human anatomy, they were considered to be the cure for many sexual problems,

indeed the word orchis is the Latin name for testicle, and the Ancient Greeks believed that elixirs made from orchid roots would have aphrodisiac qualities, and be a cure to various reproductive problems. See also our story on orchis

n Theatrum Botanicum which was first published in 1640
A. R.. John Parkinson wrote:- "if a man ate a large orchid tuber, he would begat many children"

Culpepper writing in the British Herbal stated:- "The roots are to be used with discretion... They are hot and moist in operation, under the dominance of Venus, and provoke lust exceedingly which the dried and withered roots do restrain".

The ancient Chinese were one of the first people to use orchids as medicine, and some of the earliest paintings of orchids can be found on the oldest of Chinese vases. In India in the 1800's a nutritious drink made from the roots of several orchid species was produced and known by the name of Salep or Saloop.

Today, one of our most popular flavourings Vanilla is derived from the seed pods of orchids.